EFT Belief Buster – I’m not clever enough to be successful

I’m not clever enough to be successful is one of the biggest beliefs that keep us stuck in business.  If you have this belief, please let me, first of all, assure you that you are not alone.

This is such a common belief and in today’s EFT belief buster session where going to work on clearing that belief and replacing it with a positive belief that you are clever enough to be successful.

In round one, the statement will be the same the entire round and the same for the second round.

Round one will focus on releasing the belief “I am not clever enough to be successful in business.”

Round two will be positive EFT to build the positive belief that you are clever enough to be successful.

NOTE: You can replace the word clever with anything else (I’m not smart enough, old enough, young enough, pretty enough….)

Use these points for both rounds

Round one statement: I’m not clever enough to be successful in business

Round two statement: I am clever enough to be successful in business

As you can see, the statements are very similar but one is negative and will keep you stuck, the second is positive and will support you in building a successful business.

Here’s my EFT guide – Tap out what you don’t want and tap in what you do want.

This is a powerful EFT script.  I encourage you to use this script often, especially the second round. Clear the original belief and then focus on building the positive belief.

Repeat the statement at every tapping point. 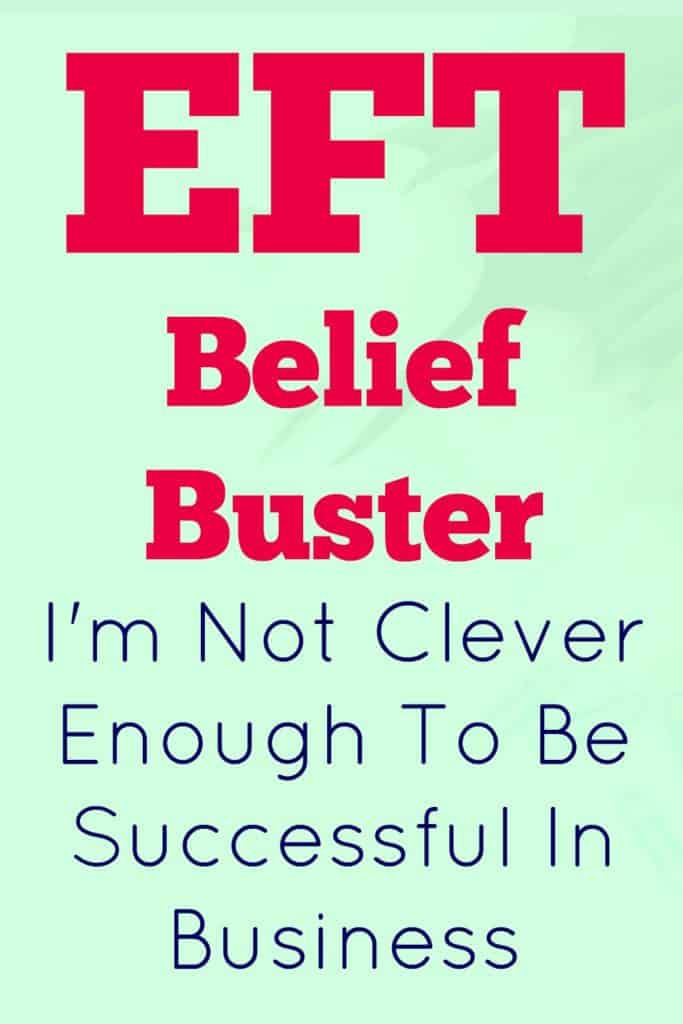