EFT Belief Buster – People like me aren’t successful in business

This week’s EFT script is an EFT Business Belief Buster.  The belief we’re going to work on shifting today is “People like me aren’t successful.”

I can tell you with my hand on my heart, I’ve used EFT to release this belief in the past and every now and then as my business progresses, I need to do a little more releasing.

I’ll get that negative voice whizzing around in my head saying “You can’t do this, you’re nobody special, what makes you think you can do this. People like you aren’t this successful, you don’t get to do what you love and be successful….”

You know what, it’s just fear and fear is an emotion. EFT stands for Emotional Freedom Technique. So when we tap using the EFT method, we release negative emotions such as fear. We improve the energy flow and fill ourselves up with positive energy and emotions.

this is a super simple technique yet incredibly powerful. And the reason I love EFT so much is that it’s quick and easy to learn and you can do it yourself at any time you need it.

This EFT Business Belief Buster script is in two parts.

I encourage you to do several rounds of round one.

Before you start, give yourself a number between -10 and +10.

This is the emotional scale.

-10 would be I believe this belief 100% and I feel like it’s impacting my business and my life.

+10 is I feel fantastic and I can achieve anything (in this case).

0 is neutral – so in regards to this particular script, you would feel okay. The belief is no big deal anymore but you’re not feeling really positive about your ability to be successful.

So, right now if you’re going to do this script, I’m guessing you’re a minus something on the scale. That’s okay, we’ll tap to improve that number now.

Once you get to a 0 or close to that number. Shift to the positive EFT (round 2) and start having some fun.

Then you can keep coming back to round 2 as often as you want. 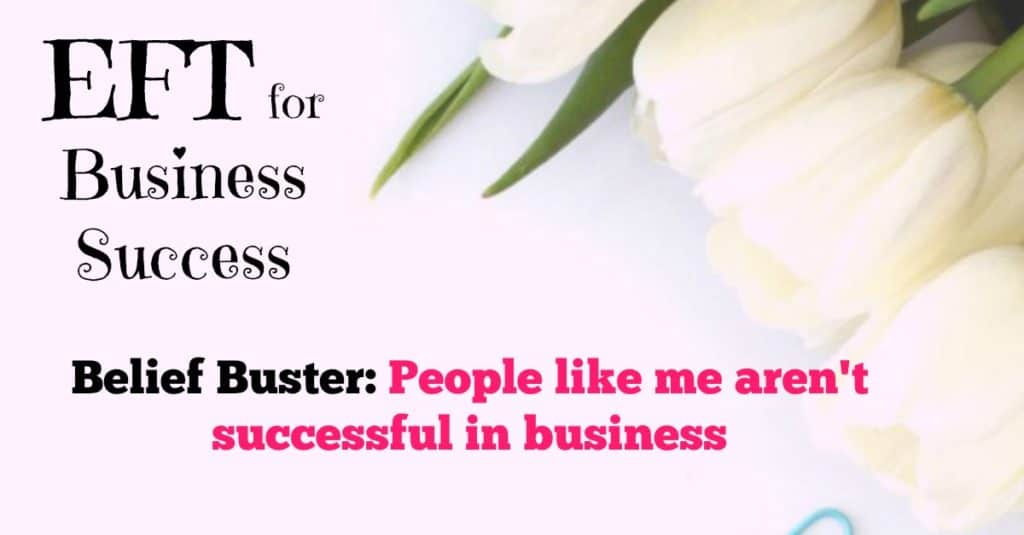 Side of the hand – I’m tapping today to release this belief that people like me aren’t successful in business.  I know this is just a limiting belief and it’s not really true.  In fact, the reality is, people from all walks of life, all ages, all shapes and sizes, all levels of education can be successful. I have as much chance as anyone else to be successful.  I release old, limiting beliefs now and allow new ones that support me.

Top of the head: People like me aren’t successful

Forehead: Is that really true?

Start of the eyebrow: People like me aren’t successful

Side of the eye: It’s just a limiting belief I’ve picked up somewhere along the way

Under the nose: That’s really not true

Chin (between base of the chin and bottom lip): All kinds of people have gained huge success

Collar bone (tap around the dip where bones meet): People just like me have become massively successful

Tap wrists together: People like me aren’t successful is just a belief that keeps me stuck

Side of thumb: I release old and limiting beliefs that no longer serve me

Side-Index finger: I release any beliefs that do not serve me well now

Side of the hand: Release (and breathe)

Repeat as many times as you feel.  Take it nice and slow.

Top of the head: I can be as successful as I want

Forehead: I can be as successful as I want

Start of the eyebrow: There are no limits to my success

Side of the eye: I allow myself to be successful

Under the eye: It’s natural for me to be successful

Under the nose: It’s natural for me to be successful

Chin (between base of the chin and bottom lip): I allow success in my business

Collar bone (tap around the dip where bones meet): I allow success in all areas of my life

Tap wrists together: I absolutely do have the ability to be successful

Side of thumb: Success is mine

Side-Index finger: It’s natural for me to be successful

Side-Middle finger: Success is mine

Side-Ring finger: Success is mine

Side-little finger: I can achieve anything I want

Side of the hand: I can achieve anything I want – I choose success now

Wow, how are you feeling now?

Have fun with this EFT script.  It’s powerful stuff.

Wishing you every success in your business and life.

Check out the other EFT for business scripts here on the blog. 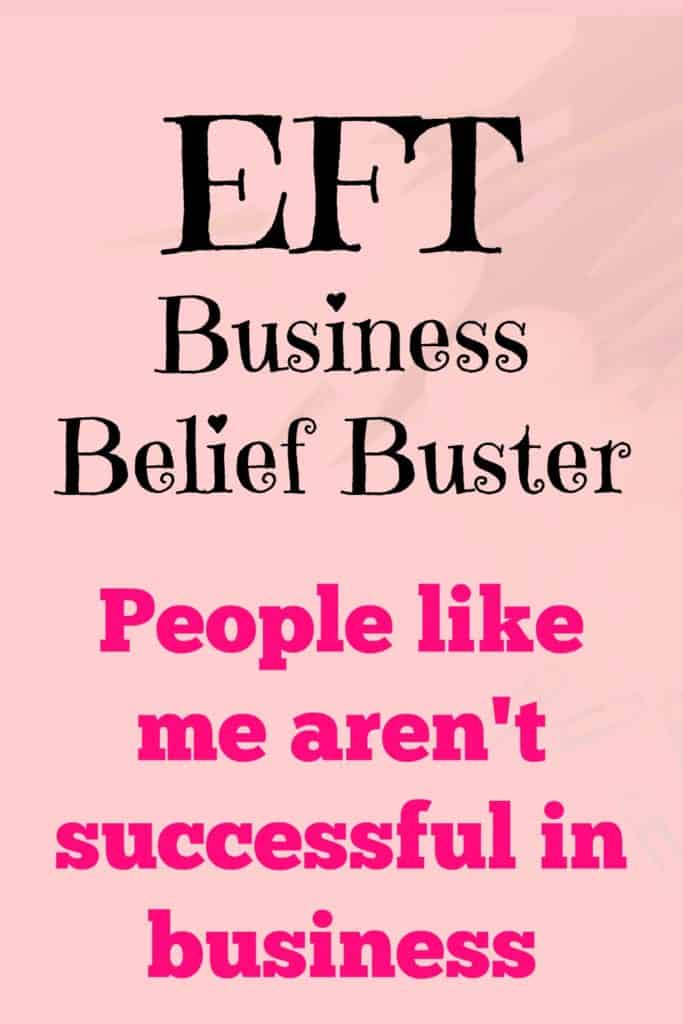