This week’s EFT script is to help if you have a belief that successful people are mean.  You can also replace the word mean with things like selfish, cruel, evil.

What I also want to say about this kind of limiting belief is that often they are hidden beliefs.  As a grown adult I knew that there were all kinds of people who were successful and most were nice.  Yet, I carried a limiting belief that rich people were mean and treated people badly.

These kinds of beliefs keep you stuck, so I encourage you to do at least one round to just see what comes up for you.

Side of the hand – I’m tapping today to release any negative beliefs I have about people who are successful. Clearing beliefs that I am aware of as well as hidden beliefs that do not serve me.

Top of the head: Clearing limiting beliefs I have about being successful

Forehead: Releasing beliefs that people who are successful are mean

Start of the eyebrow: Clearing beliefs that if I am successful I will be seen as being mean

Side of the eye: I don’t want people to think I’m mean

Under the nose: I’m not a mean person now, so I won’t be mean when I’m successful

Chin (between base of the chin and bottom lip): I’m clearing all limiting beliefs about being successful

Collar bone (tap around the dip where bones meet): I’m releasing all beliefs that people who are successful are mean

Tap wrists together: Clearing all limiting beliefs that no longer serve me

Side of thumb: Clearing all beliefs that keep me stuck

Side-Ring finger: It’s okay for me to be successful now

Side-little finger: It’s a positive thing for me to be successful

Side of the hand: I can help more people the more successful I become and it’s okay for me to be successful.

If thoughts come up whilst tapping that need clearing, just keep tapping.  Use your own words,  tap out what you don’t want and doesn’t serve you well – Then go on to tap in what you do want.

Using the same tapping points as above you can do some positive EFT to help build your positive beliefs that will support you in becoming successful.

As you tap, say any of these statements or come up with your own.

If you feel positive about successful people and about becoming successful yourself then you will be a good match for attracting success.

Let me know how you get on with this EFT belief buster.

P.S.  Grab your free copy of the Ideal Business Workbook to gain clarity and focus in your business. 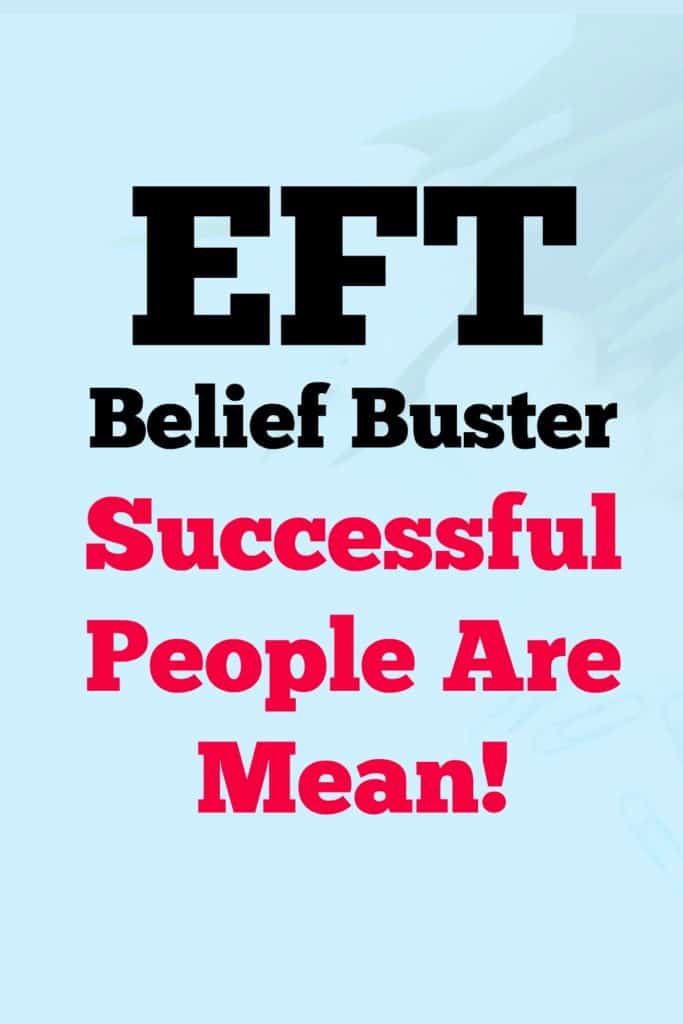